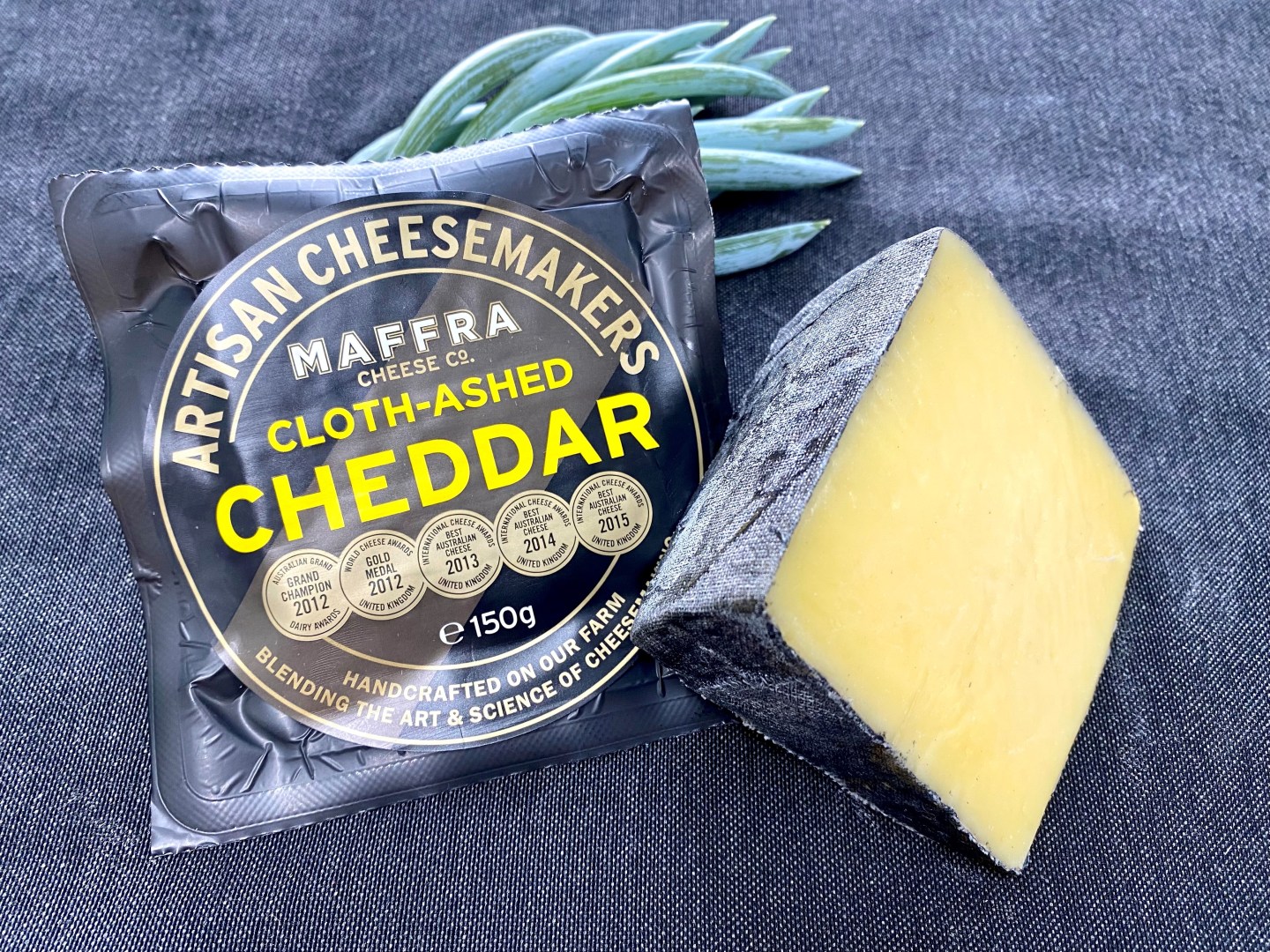 Maffra Cloth-Ashed Cheddar is our multi-award winning cheddar. It has sweet upfront notes with complex after tones, and is matured to an optimal age of between 15 months to two years sleeping peacefully in the temperature-controlled maturing rooms on the farm. The cheese is ripened under cloth to allow for a thin rind to form.

FREE SHIPPING ON ORDERS OVER $70 Dismiss